pro·mis·cu·ous – demonstrating or implying an undiscriminating or unselective approach; indiscriminate or casual.

Hopefully it is clear from the above definition that I do not mean sexually promiscuous when I say “reading promiscuously”. I mean to say reading a wide variety of different works including books that I disagree with intellectually, morally, politically, etc.

In a recent interview I did with Dr. Karen Swallow Prior of Liberty University on her latest book “On Reading Well: Finding the Good Life Through Great Books” we discussed briefly the etymology of words like promiscuous and how they have come to encompass certain adjectives.

Dr. Prior teaches English literature at a Christian university; my focus is on Christian apologetics. However, it was at this intersection of reading promiscuously that I saw a virtue that applied to both fields.

If you’re interested in apologetics, if you want to be able to defend the Christian faith against the claims of other religions and atheists, you must be wide read. I’d say well read, but I want to make it clear at this point that I mean wide.

It will not be enough to take a Christian’s word for it. Too often we like to set up “straw men” of our opponents. We build up the weakest possible argument for their view and then we tear it down with a victory cry! Woohoo! In reality, we wouldn’t convince anyone who actually holds to the belief.

Because of this tendency, we should read original sources and the best of contemporary thinkers in each religion. If you want to defend your faith against atheistic arguments, read Harris, Dennett, or Dawkins. Don’t let the stigma of “Oh, I’m a Christian, I can’t read those demonic works” stop you. That’s nonsense.

What happens when we avoid works that we disagree with? We become weak. We can’t properly defend our faith against others because we don’t know precisely what others say. All we have is hearsay. So when we are faced with an objection, we don’t know how to respond because we’ve never considered it before.

Solution: read widely and read critically. Read as many positions and objections that you can. Your skills will be sharpened. If Jesus is the truth, he can handle it. Go read all of the lies, so that you can learn to expose the Truth in a clear and meaningful way to as many people as possible. Read promiscuously.

Since therefore the knowledge and survey of vice is in this world so necessary to the constituting of human virtue, and the scanning of error to the confirmation of truth, how can we more safely, and with less danger, scout into the regions of sin and falsity than by reading all manner of tractates and hearing all manner of reason? And this is the benefit which may be had of books promiscuously read.” 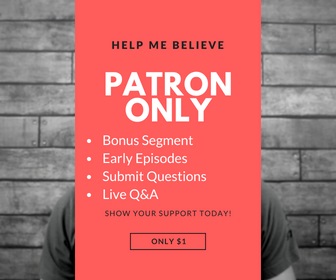 4 thoughts on “Apologetics and Reading Promiscuously”